The Gold Wrestling Cup was held in Gautam Budh Nagar, Uttar Pradesh. In this, Sagar Jaglan, a resident of Panipat, won the title. Sagar got one lakh rupees. Sagar has been Bharat Kumar in the past as well. In this competition, Sagar defeated famous wrestlers. 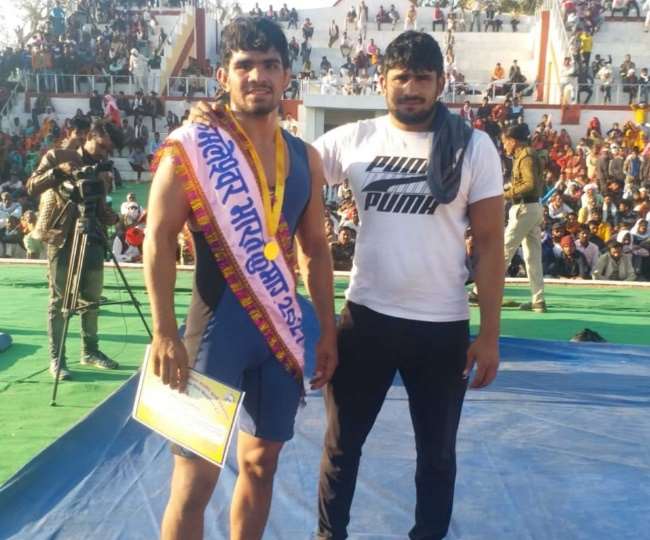 Sagar did a great performance

Wrestling coach Ashwini Dahiya told that the specialty of Sagar is the technical mistake he makes in the match. Will not repeat such mistake in future. For this reason, he falls heavily on the rival wrestler. In the Gold Cup, Sagar performed brilliantly and defeated the famous wrestlers. Also won gold medal. Junior players also take inspiration from Sagar. Apart from the upcoming national wrestling competitions, Sagar is expected to win gold medals in international championships as well.

Sagar’s father Mukesh Jaglan told that due to the weak financial condition of the house, he had lost his game. He was determined that his son would make Sagar a wrestling champion. Sagar practiced hard and achieved success in junior to senior wrestling matches. Sagar has brought laurels to the district and the state by winning the title of Bharat Kumar.