Defending runners-up Croatia came from behind to beat Canada 4-1 with Andrej Kramaric scoring twice. With this, Canada was eliminated in the group stage. Against the 2018 runners-up, Canada surprised them by scoring the first goal just 68 seconds into the match.

Canada’s Alphonso Davies gave Canada the lead with a header in Sunday’s match at the Khalifa International Stadium. This lead did not last long, and before the end of the first half, Croatia took a two-goal lead. After the draw with Morocco in the first match, the Croatian team was considered to be weaker than the last World Cup, but Kramaric and Livaja scored goals before the end of the first half to put an end to this thinking. In their second match of Group F, Kramaric ended Canada’s dreams by scoring in the second half as well. After that, Lovro Major scored a goal in extra time to triple the lead. With this win, the defending runners-up went on top of the group table. A draw with Belgium in their next match will also see Croatia enter the knockout stage. After a second consecutive defeat, Canada was eliminated in the group stage. They now have to face Canada in the final match. Canada scored the fastest goal of this World Cup. This is his first World Cup goal. The last time Canada played out a goalless draw was in 1986. A goalless draw is still possible here, so any neutral spectators expecting a barrage of goals should go elsewhere. However, Dalic’s team can hold firm defensively and prevail in the midfield fight to win this game.
Canada is given a 27.0 per cent winning chance, Croatia is given a 47.0 per cent advantage, and the draw is regarded as somewhat less likely at 26 per cent.
Prediction: Croatia-1, Canada-0 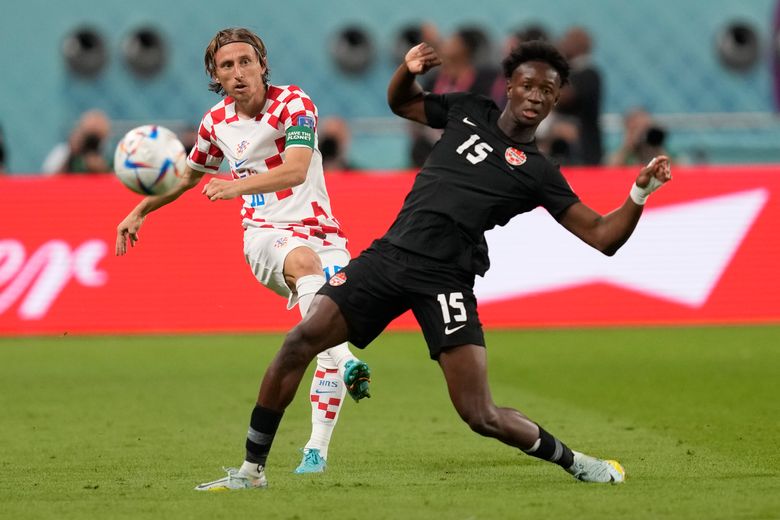 The third match on day 8 (Sunday, November 27th) of the FIFA World Cup 2022 will be played between Croatia and Canada. The game will begin at 21:30 IST and 20:00 GST (Gulf Standard Time). The venue of this encounter is – Khalifa International Stadium.

Share
Facebook
Twitter
Pinterest
WhatsApp
Previous article
5 Unhealthy Foods for Kids can spoil their health
Next article
Anjan Das Murder Case: Mother-son together used to put the pieces of the dead body to the hideout everyday; Arrested after 6 months