Bollywood actor Salman Khan has turned 57 today. Salman Khan celebrated his 57th birthday late at night. On the occasion of her birthday, the Khan family organized a party at Arpita Khan Sharma’s residence. Many Bollywood celebrities attended this party. Please tell that during this time Salman Khan cut the cake with the media as well. Salman Khan’s birthday bash was attended by his family and close friends from the industry.

Actually, Salman Khan (Salman Khan Birthday) appeared in black jeans and black T-shirt on the occasion of his 57th birthday. During this, he cut the cake with the media and thanked everyone who came to wish him a happy birthday. Many Bollywood stars reached the party to celebrate Salman Khan’s birthday. Apart from this, Salman Khan’s family also appeared in this party. Salman’s sister Arpita Khan arrived at the birthday party with her husband Aayush Sharma.

Let us inform that Aayat Sharma, daughter of Arpita Khan Sharma and Aayush Sharma, also celebrated her birthday with her maternal uncle Salman Khan. Salman Khan and his niece have birthdays on the same day. Aayush and Arpita’s daughter has turned three years old. 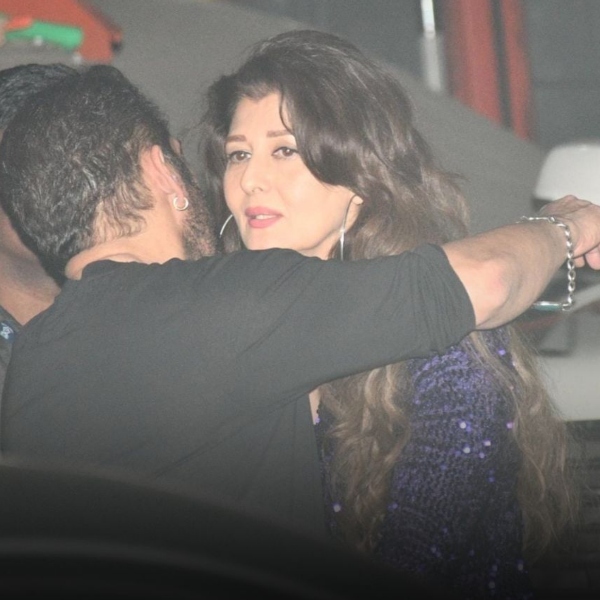 It is noteworthy that Salman Khan has recently finished shooting for the film ‘Kisi Ka Bhai Kisi Ki Jaan’. Directed by Farhad Samji, it is an action-packed entertainer and also stars Pooja Hegde and Venkatesh Daggubati in pivotal roles. Apart from this, Shahnaz Gill, Palak Tiwari and Vijender Singh are also a part of the film. The film will be released in theaters on Eid 2023.

Film ‘Tiger 3’ will be released on this day

Recently, actor Salman Khan also announced the new release date of his next action thriller film ‘Tiger 3’ which was earlier scheduled to hit the theaters on 23rd April 2023 but will now release on the occasion of Diwali 2023. With this, Salman Khan has booked two big festivals for the release of his next two big films, which is definitely a treat for all his fans.